Confusion on Abortion, Confession, and the Pope's Letter

There is a lot of confusion going on today about the Pope’s letter on the Year of Mercy, and not just from the mainstream media either. The bulk of the confusion concerns the Pope's apparent grant of the ability of confessors to absolve the sin of abortion.

Unfortunately, I believe some of the problem is due to the Pope’s letter itself being somewhat confusing on this point. I have an article that is about to come out on the ambiguities of the letter and I’ll link to it when it does but in the meantime, the following is my take on it.

Several questions have arisen. What exactly is the Pope granting here?  Aren’t priests already able to absolve sins in confession including abortion?  What about the “latae sentientiae” (or “automatic”) excommunication involved with the sin of abortion under canon 1398? Understanding some canonical background and principles greatly helps to bring some clarity on this.

Prior to the promulgation of the 1983 Code of Canon Law, there were some sins that were considered “reserved sins,” i.e. sins for which absolution was reserved to the bishop or to Rome.  The Eastern Catholic Churches have retained this practice (see CCEO, can. 728) but the Latin Church did not retain the practice of “reserved sins” in the 1983 Code of Canon Law.  The Latin Church did however retain the practice of reserved PENALTIES, that is, certain canonical penalties that in particular circumstances can only be lifted by a bishop or by Rome (see can. 1355).

What many people are missing is that abortion is BOTH a sin (contra the 5th commandment) and ALSO carries with it the penalty of “latae sententiae” (so-called “automatic”) excommunication (cf. can. 1398) which can only be lifted by an Ordinary, mainly the Diocesan Bishop.

Now, given all of that, if a penitent has committed the sin of abortion but is not determined to have also incurred the penalty of excommunication, a Latin priest who has the ability to hear the confession has always, since 1983, been able to absolve the sin.  However, if a penitent has committed the sin of abortion AND is determined to have incurred the excommunication, a priest hearing that person’s confession must refer the person to the bishop so that the bishop can lift the excommunication (cf. can. 1355.2)  so that the penitent can receive sacramental absolution which he would not, under normal circumstances be able to receive if he were still under excommunication (see can. 1323.1.2). In most dioceses in the U.S. and in Europe, however, bishops have delegated this ability to lift the penalty of excommunication to all priests who have the faculty to hear confessions so that they can also immediately give them absolution from the sin.

We now see the problem with Pope Francis’ letter – it clearly only grants priests the ability to FORGIVE THE SIN of abortion and says NOTHING about the ability to LIFT THE EXCOMMUNICATION.  But even if it did, most priests in most dioceses already are also able to lift the excommunication.  The Pope’s letter leaves us scratching our heads as to what additionally has he granted in the letter that most priests don’t already have the ability to do.

There are also some other unresolved questions that the letter raises in my mind, such as whether in granting this to ALL priests, this includes priests who are “laicized,” priests who are under penalty of suspension or who have had their faculties revoked, etc.?  Also, does the Pope’s grant (whatever it is) here trump the ability of the local bishop to restrict a priest’s faculty to hear confessions in these cirucumstances?

Some other questions also remain regarding the grant of the ability to absolve sins validly and licitly to the priests of the Society of St. Pius X but I won’t go into those here. I do raise it in my upcoming article though.

I hope these observations can help to clarify the misunderstandings that many are having regarding this issue and to flag some of the problems in the Pope’s letter. It is also my hope that Rome comes out with some clarifications on this soon. 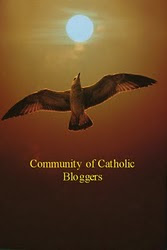